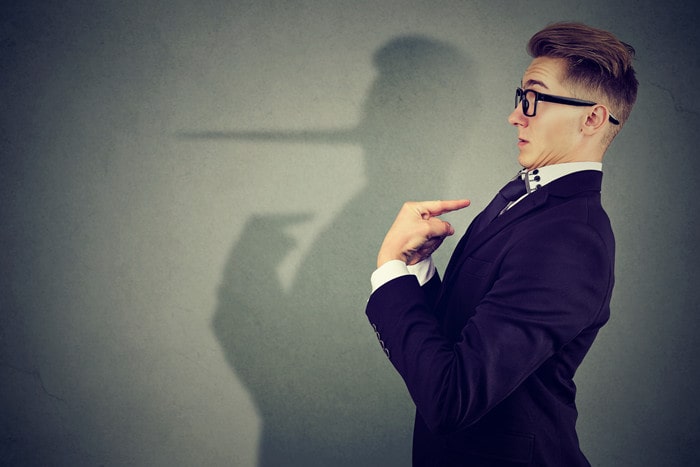 How to Tell If Someone Is Lying to You: 10 Ways

10
0
by Jennifer Francisco
In Entertainment

If you want to know how to tell if someone is lying to you, it should be noted that it isn’t easy. People really can’t figure out if they are being lied to, no matter how good they think they are at detecting lies. However, this article will cover 10 of the common ways liars express their guilt. 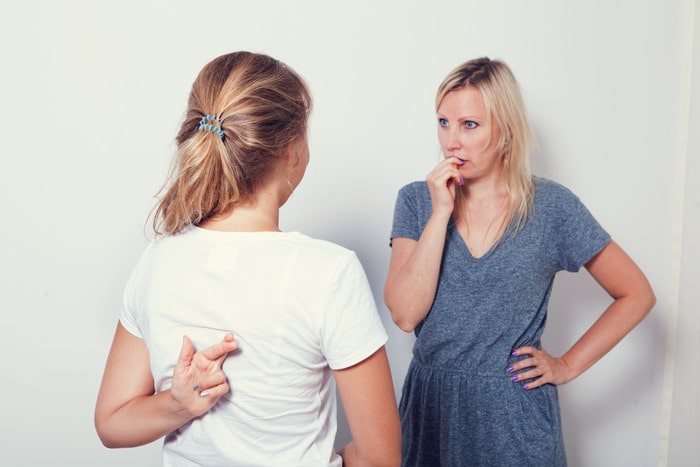 Lies aren’t always a bad thing. They can be done in order to protect someone’s feelings or help them out. These are often called healthy lies and they involve holding back the truth to make someone feel better or to be kind.

These kinds of lies occur all the time, and to everyone, from complete strangers to married couples. You may lie about having forgotten a meeting, that something is stuck between someone’s teeth, or that they look nice that day.

But that doesn’t mean all lies are good. Even these harmless lies, if done constantly, can lead to a lack of trust in a relationship. Usually, partners that lie tend to be less intimate, and have little to no compassion and empathy.

It is important that the omission of a fact even counts as a lie. For example, even if your partner hasn’t asked if you have cheated, letting them operate under the assumption you haven’t is considered a lie of omission.

How Prevalent Is Lying in Relationships? 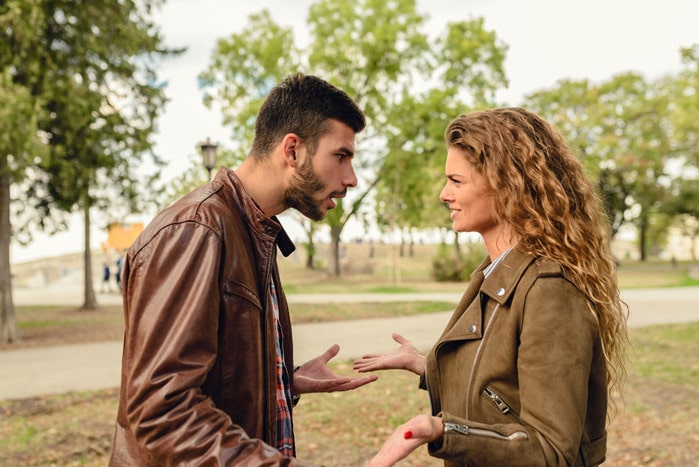 Based on surveys of over 2,000 people, it seems that around 70% of people have lied to their partners about something or other. However, this study doesn’t delve into the reason for the lies.

No matter how much we want to believe it, everyone lies at least a few times in their lives. It can be small things, like saying you already ate when you go to hang out with someone who makes notoriously bad food. Then there are big things, like cheating on your spouse and lying about it.

Most of the lies done in relationships are little lies. Some common ones include:

As you can see, these are small, minor ones to make your partner feel good or to reduce tension. Unfortunately, even if we claim we do, most of us don’t want 100% honesty in a relationship.

However, there are big lies too. These are lies that can ruin someone’s life or a relationship. These are ones like:

The one people are most worried about is, of course, infidelity. Out of all big lies, this is the most common, with about 25% of both genders admitting to lying about cheating on their partner. In total, there are about 27-30% of people in a relationship have admitted to telling these big lies to their partner.

This is just over a quarter of all people who have been in a relationship. While not a majority by any means, it is a large amount which can make it understandable that many people are worried about being told lies in a relationship.

10 Ways to Tell If Someone Is Lying to You 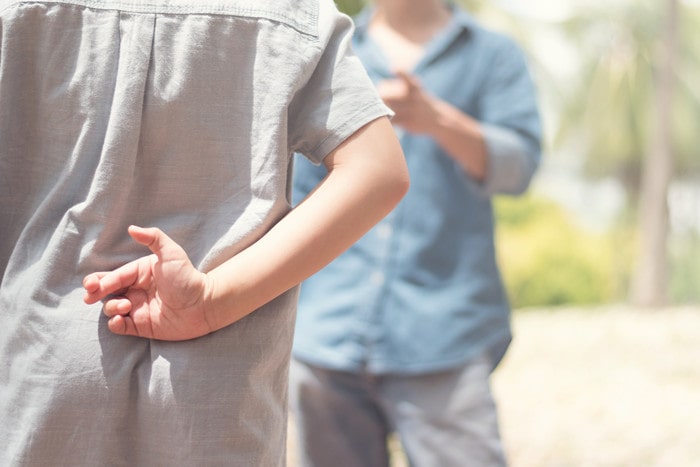 Those that lie a lot tend to not give out too many details. By staying vague, they don’t have to worry about catching themselves in a lie. They may be evasive when you try to get details, or just always have vague statements.

2. Their Stories Never Match Up

If they do mess up and start giving details of situations, they may not have stories that match up. Details might change, or the people they were hanging out with. If you start to notice a lot of holes in their stories, or they can never tell the story the same way twice, it may be a sign they are lying.

3. They Get Angry When You Question Their Story

If you do point these out, or they get angry when you start to question certain details, that is another sign that they are lying. Most liars get defensive when they are accused to try and hide their guilt and turn it around on you.

4. They Accuse You of Lying

Those who lie may have a guilty conscience. They may start to project their guilt onto you. Any time you do something, they may try to accuse you of lying, like when you go out to eat or are at work a little later than normal.

5. They Go Out of Their Way to Defend Their Honesty

On top of getting defensive when questioned, they will also be defensive about their honesty in general. They will often bring up how honest and loyal they are pretty frequently. They may even go out of their way to accuse others of being less honest than them.

6. They Don’t Ever Offer Information

Some liars, on top of being vague, will offer little to no information. They won’t tell you about their day or anything that happened unless you question them, constantly leaving you in the dark so you never know what they are doing, even if it is just working.

7. They Offer too Much Information

Other times, some liars will offer far too much information. They will tell you exactly who they were hanging out with and when they did certain things to prove their honesty. Even things you didn’t ask about, they will offer up the details and tell you that you can check their story with anyone they were with at the time.

8. Their Behavior, Tone of Voice, or Actions Change

With expert liars, these may not be as noticeable, but some people tend to change a little when guilt is wracking them. They will start to exhibit different behavior and actions, or even change their tone of voice when certain subjects come up.

Over time, as the guilt builds, these behaviors, tones, and actions may even start to build up so it becomes more common behavior than their original.

9. They Overly Claim to Being Honest and Unprompted

Even if you aren’t accusing them of lying, a liar will bring up that they aren’t lying, they don’t lie, or they are an honest person. They will act like you attacked them, even if you didn’t say anything at all or were just trying to ask them about their day.

If you do start to question them, a liar might repeat a question in order to stall for time. This gives them a moment to collect their thoughts and figure out what they are going to say next. Or, they may be trying to remember the last lie they said so they can be consistent.

Can Lying Be Hard to Detect? 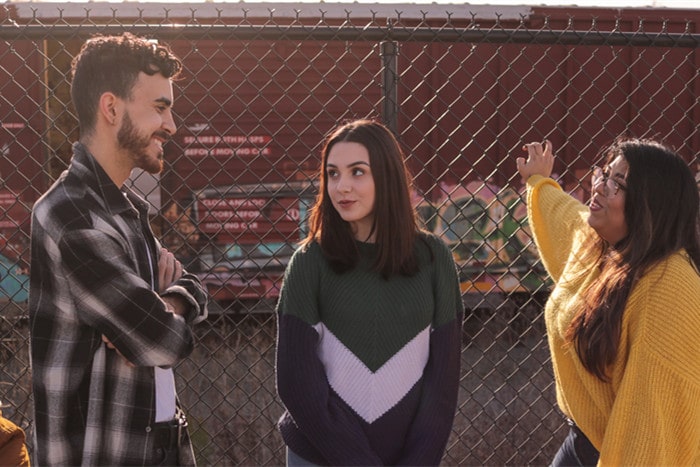 Lying can be pretty hard to detect. Some studies showed that only about 54% of people could accurately detect a lie. This may not seem bad, but it is a lot worse than it sounds. Like with true and false questions, you have a 50% chance to guess if someone is lying or not automatically.

This means that people are really only getting lucky at detecting lies, and there isn’t an easy way to tell if someone is lying to you. This is true even if you are trusting your gut. In fact, most people who trust their gut over any outward signs may actually do worse.

Even professionals trained to detect lying can only do so well. Police officers and trained interviewers had better chances of detecting if someone was a liar or not, but only barely. If a person changes their behavior or is nervous, it can be difficult to feel between lies and someone just acting a little off compared to normal.

Even if you suspect someone is lying it is best to not jump to assumptions until you know for sure, otherwise, you may end up ruining a perfectly good relationship by trusting signs that weren’t really there.

What to Do If Someone Is Lying

It is up to you how you handle a lie and someone lying to you. Some people tend to make a big issue out of something small, some may decide to try again and stay with the person. There are a couple of things you can do when someone is lying.

1. Decide if the lie is important enough to make a big deal out of it
2. Bring up the situation calmly
3. Figure out why they lied to you
4. Weigh the pros and cons of staying

Essentially, you have to decide where you are drawing the line. Do you want a completely open relationship with no lies, or are a couple of white lies to keep the peace alright? And what would you do if they did tell a big lie? Would you like to try and work it out with them, or is one chance enough?

No one can tell you how to handle a lie. People can give you their opinions or what they did, but ultimately, the decision is up to you.


Jennifer is a self-confessed multitasker who loves to balance her work and personal life in a way that enables her to pursue her hobbies. When not writing technical blogs for her company, she spends her time pouring over books and updating her own blog.

The Top 40 Perfect Quotes About Living Your Best Life