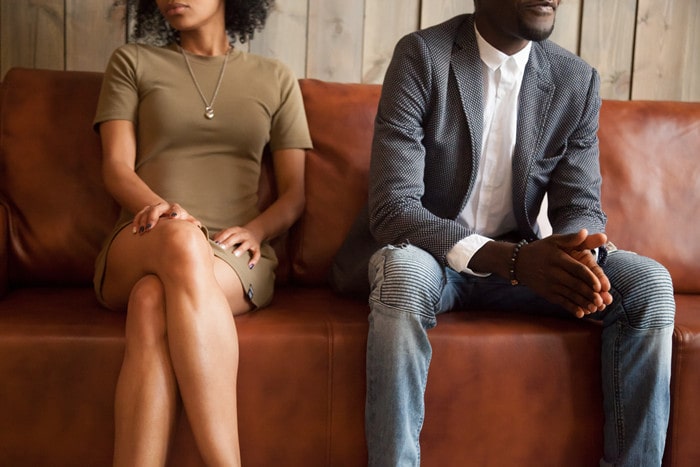 Second Marriage Divorce Rate: What You Need to Know

14
0
by Jennifer Francisco
In Relationships

When people get married, they often hope that the first time will be the only time. Unfortunately, up to half of all people who get married end up divorced. Some people may consider getting married a second time, but want to know if it is worth it.

Unfortunately, the second marriage divorce rate is often higher than that of a first marriage. But that isn’t the whole story. While divorces can be higher, so too can happiness. It is always worth giving love a second shot. 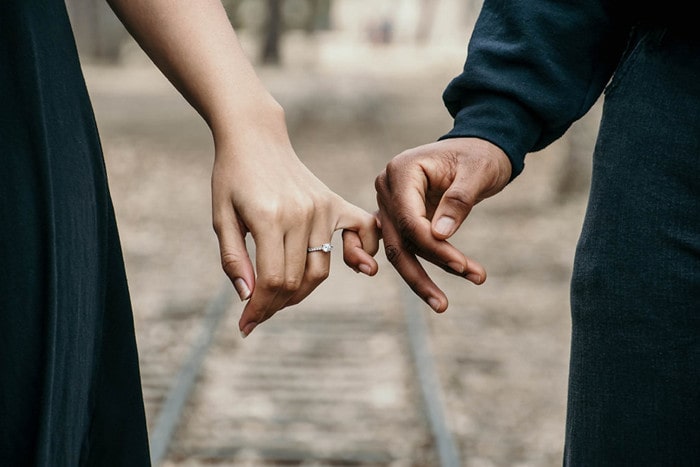 There is a lot of data on happiness marriage rates. The studies on the happiness rates between first and second marriages have some interesting results. Studies found that happiness tends to increase for people entering second marriages, but it decreases over time.

After somewhere around five to ten years after the second marriage though, the happiness drops to similar levels to first marriages.

Additionally, for first-time marriages, there is no boost of happiness with getting married and moving in together, and happiness will decrease over time.

The only time getting married for a first-timer provides a boost of happiness is for partners that have never lived with anyone before. If they’ve never lived with someone else before, and then get married, there is a small increase in happiness and satisfaction during the first year.

So while newlyweds that are in their first serious relationship have a higher level of happiness, those getting married the second time have a similar level and one that lasts longer.

The thought for this is that a lot of people don’t know what to expect going into a marriage. So while they may be excited at first, they have a set of expectations that don’t get met. Meanwhile, those who have been married before and know the realistic side of marriage are happier with their partner because they have more reasonable expectations.

But this doesn’t mean that the second marriage is easier or better than the first. 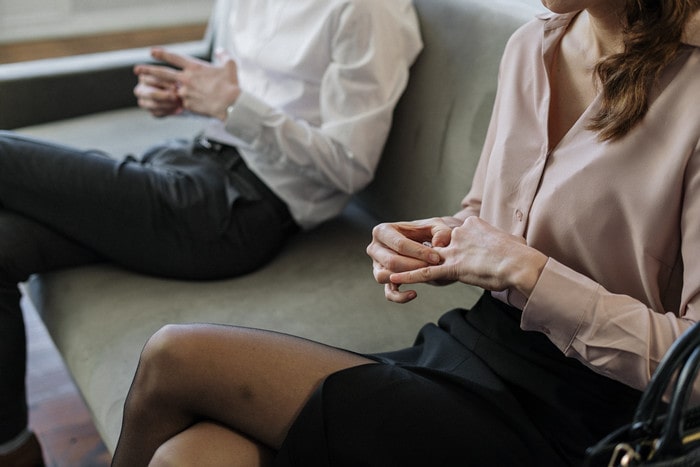 According to divorce lawyers, those that get married a second time often have higher divorce rates than those on first marriages. First marriages tend to have a divorce rate of about 50%, though recently that seems to have dropped to as low as 40%.

Meanwhile, second marriages have somewhere around 60% or 65%. Third marriages are the worst with a divorce rate of 74%.

But if people are happier for longer during a second marriage, why are the divorce rates so much higher?

The thought is that most people get into a second marriage without resolving the problems that occurred in the first marriage. If part of the reason for the divorce was because they never listened, they likely haven’t worked on this problem between marriages.

How Long Do Second Marriages Tend to Last?

Second marriages tend to last around seven years on average. The number tends to change a bit depending on gender, though no one is sure why. Women tend to stay in a second marriage for just under seven years, while men push it to seven and a half.

This is a little shorter than a first marriage, where it is close to eight years for both parties.

10 Reasons Why Second Marriages Are Tougher

After getting hurt in the first marriage, many people are afraid to commit a second time. The first marriage didn’t go well, so why would the second? It can make it hard to open up as much as your spouse needs you to, or to risk yourself getting hurt.

2. Have a Lot of Resentment

Many marriages that end do so bitterly. This can lead to a lot of resentment that you can’t get over, or bring over to your new relationships. This can make it harder to increase your bond in the new marriage. Some people may also expect the same drama or problems from their new spouse.

While a lot of families are supportive of first relationships, there aren’t as many people as supportive of divorce and second marriages. This means you may not have as much of a support network of friends and family. This means if something goes wrong or becomes stressful, you have no one to turn to.

Many second relationships involve children. Sometimes both parties can have children, or just one parent. Either way, at least one parent has to determine how to be a step-parent. Additionally, the children have to adjust to a new family and lifestyle. This can lead to a lot of tension and stress.

Some people may be threatened by their spouse’s previous marriage, especially if they weren’t previously married themselves. This can lead to tensions or unwarranted jealousy. Sometimes, they may even constantly compare themselves to their spouse’s ex and feel like they can’t compare.

There are a lot of fees that come with divorce. You may have to pay alimony or child support. This can make finances tight. Stress from finance can cause a lot of tension and arguments.

7. Married for the Wrong Reason

People don’t always handle being alone well. Instead of marrying for love, sometimes people get married a second time to have support for their children or to avoid being alone. This means that a connection isn’t formed and they may not grow close, or be willing to work on the relationship to find happiness.

Holidays are already stressful. You have to decide between your spouse’s family or your own, and how to balance the time and still have personal time. If you have a child and are getting remarried, you now have to balance a whole other family in there and work around your child.

It is called second wife syndrome, but men also can experience this situation.

Sometimes, we are desperate for things to work out. Someone can be so desperate that they are willing to overlook their spouse’s problems or behaviors to get a second chance at happiness. This can lead to fighting, resentment, and an unhappy marriage later on down the road.

What Is the Most Common Reason Second Marriages Fail? 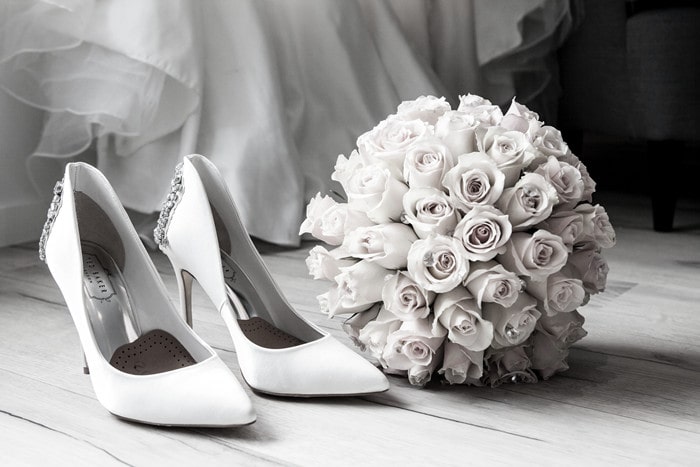 The first problem is that the child has to be willing to adapt and work with this new dynamic. If there are problems with the new parent or any step-siblings, tensions can be high and lead to a lot of arguments and stress.

Children are also the root of money issues. When children are involved in divorces, there are often payments like child support to think about. This can make money tight, which is a big cause of divorces.

Additionally, children mean that exes are often still involved. This can make some less secure spouses jealous, or feel like their needs are being put behind the ex and their child.

11 Tips for Your Second Marriage 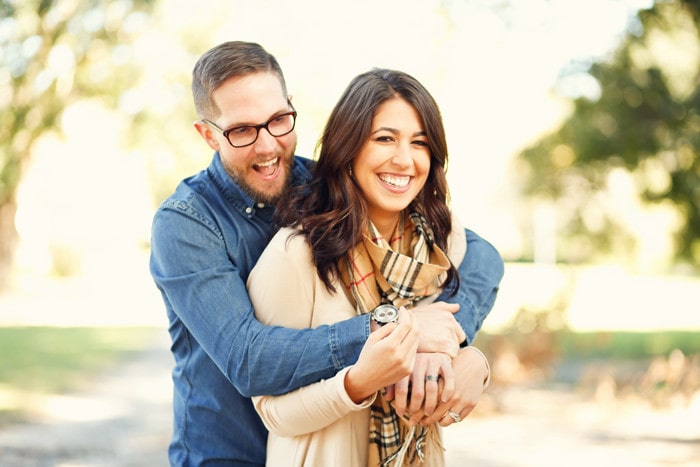 1. Remember You Both Are Coming in with Baggage

No one is perfect, and you both have some problems to work out from your previous marriage. Don’t go into the second marriage expecting everything to work out alright.

2. Have Realistic Expectations of Your New Partner

In addition to realizing that your spouse and you are going to have baggage from your previous relationship, you must understand that this person isn’t going to have any fewer problems than anyone else.

They will still do things that irritate you, like clipping their toenails in the living room or snoring extra loud. Don’t put them on a pedestal before you really get into the marriage.

3. Don’t Close Yourself off Because of Past Experiences

Make sure you are ready for a second marriage. If you can’t open yourself up to being vulnerable and connected, it is better to wait. Otherwise, you aren’t giving your new spouse a fair chance.

Always make sure your spouse knows that you love them and you are happy to be married. Show off your appreciation for the small things they do, and the effort they are putting into the relationship, especially when things are stressful.

Don’t shut down when things are stressful. Make sure you two are always communicating and sharing your opinions and emotions.

Even the best relationships involve fighting. Don’t let one fight ruin it for you. When you are both calm again, take the time to open up and talk about the problem rationally. Don’t assume everything is going wrong because you fight.

7. Learn to Be a Step-Parent

You or your spouse will likely have to learn to be a step-parent. This means finding your place in an already established dynamic. You can’t be too strict, as it isn’t your child, but you have to be firm and stick up for yourself.

8. Make Time for Your Partner

With children, bills, work, and multiple families to deal with, it can be hard to remember to take time to appreciate the family you are currently creating. Spend time together, and go on dates just the two of you. Love can’t keep growing if you two don’t make time for each other.

You may be afraid of conflict, especially if you and your previous spouse were always fighting. However, by avoiding conflict, you are only making problems worse and are not working to grow together.

10. Fix Mistakes From Your Previous Relationship

People often get married a second time without growing from their first marriage. Whatever problems they had in the first are still there. Whether it is that they don’t listen, work too much, or get angry easily. If you can’t work on these problems, your second marriage won’t go any better than the first.

You may still resent your first spouse, but this is only weighing you down. If you are spending time being angry about what they did, you are taking away from your current relationship. Learn to forgive them and yourself so that you can dedicate yourself fully to your current marriage.


Jennifer is a self-confessed multitasker who loves to balance her work and personal life in a way that enables her to pursue her hobbies. When not writing technical blogs for her company, she spends her time pouring over books and updating her own blog.


22 Questions to Ask Your Unfaithful Spouse to Move Forward